The Arugam Bay surf beach is located 314 km from Colombo and 2 ½ km south of the small town of Pottuvil in the Ampara District which belongs to the Dry Zone along the South-East coast of Sri Lanka.

Arugam Bay can be reached from Colombo via Moneragala while the journey is approximately
a 7 hour drive along the A4 main road.

The Arugam Bay Beach is a wide sweeping sandy beach in front of the village of Arugam Bay and is an attraction for surfing and swimming all year-round. 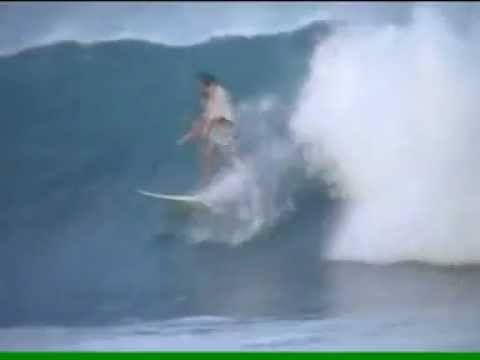 Arugam Bay‘s first international surfing competition was held by the ISA (International Surfing Association) in the summer of 2004.

Despite the shocking destruction of the Tsunami on December 26, 2004, the ISA returned in 2005 to give the battered local economy of Arugam Bay a boost. The long and consistent right hand point break at the southern end of the Arugam Bay beach makes it one of the finest surf spot in Sri Lanka as well as Asia.

The Arugam Bay Beach consists of a coral reef which is home to an abundance of tropical fish and is a delightful snorkelling paradise.

Things to do in Arugam Bay

Surfing : Arugam Bay is renowned for its fantastic waves, which attract surfers from all over the world. Although you can surf here all year round, the most favoured season is from April to October with the average height of waves being 1.5 to 2.5 meters. Main surf spots are Pottuvil point, Main Break and Crocodile Rock.

Dive : You can enjoy diving and snorkelling around Arugam Bay. If you are a serious scuba diver, you can charter a boat and head for the Basses Reefs, which is a “must see” dive site in Sri Lanka.

Wildlife : Catch the rare spectacle of elephants strolling across the A4 through the Lahugala elephant corridor. The best time to catch a glimpse of wildlife such as these gigantic elephants, wild boar, deer and crocodiles is before dawn or at sunset.

Bird Watching : Be over-awed by the flocks of birds that migrate to the Arugam Bay area in the months of November and December.

Muhudu Maha Viharaya : Located between Arugam Bay and Pottuvil, among the sand dunes of the beach is the ruins of a Buddhist temple with fairly well preserved stone statues. It is believed that the temple was built where Princess Vihara Maha Devi disembarked.

Magul Maha Viharaya : This boasts of the best – preserved moonstone in all of Asia, with a special feature of the Mahout carved on the back of the an elephant. The Magul Maha Viharaya, which was constructed during the reign of King Dhatusena, is also believed to be the venue where the royal wedding of King Kavantissa and Princess Vihara Maha Devi had taken place. It is located eight kilometres west of Pottuvil along the A4 main road.

Pottuvil Point : The highest place in Pottuvil, popular with Surfers ,this is a long and deserted beach. Wild elephants can often be seen around the area.

Crocodile Rock : From a distance the rock look like a pair of sun bathing crocodiles. The area boasts of a wild environment, with elephants roaming around and eagles sweeping overhead.

Okanda: Located around 28 Kilometres south of Arugam Bay, the Okanda Kudumbigala Forest Hermitage is a small ancient shrine dedicated to the God of Kataragama – Skanda.

Where to Eat In Arugam Bay

Be it dining on the beach, or simply enjoying a quiet meal with friends or family the cuisines of Arugam Bay offers just what you are looking for. A Stroll along the Main Street takes you past many Sri Lanka restaurants serving traditional rice and curry dishes. However, if you are looking for a western palate, several restaurants specialise in pizzas while several hotels offer both Eastern and Western cuisine.

Where to Stay in Arugam Bay

From beachfront cabanas to tree houses, there are plenty of accommodation units that you can choose from. Unwind at the Galaxy Lounge, which offers spacious beachfront cabanas or head over to the Rockview Beachside Hotel. The Aloha Cabanas consists of cottages, cabanas and tree houses, while a great selection of indoor games will keep you busy during your stay.

The Danish Villa Hotel is ideal if You are looking for that prefect spot for a private crowd. Located in the middle of Arugam Bay, meters away from the white sandy beaches, the natural material and furniture of the Danish Villa Hotel placed against a white background creates a colonial ambience . You can either rent the whole Villa to yourself or rent just one or more rooms.

A combination of Sri Lankan hospitality and Danish comforts, The Stardust Beach Hotel is yet another place to relax or gather around with friends and family after a fun-filled day. The restaurant offers a fine selection of specialties and dishes from around the world and you can also enjoy a range of local drinks with access to an extensive wine cellar.

Consisting of six wooden cabanas the Surf n Sea Guesthouse, offers a surf school and surfboard repair services while surf boards and equipment can also be either bought or rented at the guesthouse itself. The Hang Loose Guesthouse is a typical surfer’s
holiday home. Alternatively, spend the night at the Water Music Guesthouse which is a rustic style Guesthouse designed offering a uniquely tropical environment.

The beach isn’t the only attraction at Arugam Bay. The village of Arugam Bay brings about the loveliest sceneries that span over mangrove, jungle, lagoon, river, rice fields and sand dunes. Within such a varied landscape is a pair of National Wildlife Parks that are home to mammals including elephants and also myriads of birdlife. Moreover, the historical and archaeological sites in the area reveal the history of the area with its stone inscriptions and longstanding ruins.

The surfing season in Arugam Bay starts in April and ends in October. During the season the wind is predominantly offshore.
Average water temperature: 28 degrees
Average air temperature: 32 degrees

Arugam Point, a long right hand break close to Arugam Bay, which has (on a good day) 2m waves and a 400m ride. Thirty minutes north of Arugam Bay by three wheeler taxi, is Pottuvil Point, which is a bit smaller than Arugam Point, breaks off a long sandy beach. South of Arugam Bay is another surfing point. Thirty minutes by three wheeler taxi and a twenty minutes walk, the Crocodile Rock is a fine spot for beginners and intermediate surfers whenever there’s a sufficient swell.

Two kilometres inland from Arugam Bay is the scenic Pottuvil Lagoon. The Pottuvil Lagoon tour with a local fisherman is always a memorable journey at Arugam Bay: paddling out into the lagoon through the scenic mangrove swamps that are vibrant with bird life, monitor lizards, crocodiles and elephants.

The season for off-shore Dolphin viewing at the Arugam Bay Beach is the period from May to September that falls within the high season of Arugam Bay: April to October. A two hour boat trip into the sea affords the view of Dolphins.

12km south of Arugam Bay is Panama, the last inhabited village that precedes the Yala East National Park. Panama that stays somewhat inland yet intersects with the lagoons in the area is rich in bird life. The seemingly wide and endless beach, the lagoon of Panama and its surrounding area, sand dunes and rock boulders all combine to present an enchanting landscape. While water buffaloes are seen wallowing in water bodies, an odd elephant too could be seen in the savannah-like grassland.

The pair of two huge rocky outcrops named Crocodile Rock and Elephant Rock at Panama, true to their names, is of resemblance to these creatures. Crocodile Rock, in addition to being a surfing spot, is also a favourite location for wildlife enthusiasts Eagles can be seen sweeping overhead Elephant Rock while elephants are also seen roaming freely.

20km south of Panama is the village of Okanda that has a popular surfing spot. The village is home to a famous shrine located at the point where God Skanda is believed to have landed on the island. The shrine is the starting point of ’Paada Yaathra’ (Pilgrimage on
Foot), the long walk to Kataragama for a 15-day festival in July at Kataragama, which is the actual domain of God Skanda. Okanda is also the entrance point of the Yala East National Park of which the mangroves and the Kumana Reservoir result in a high population of aquatic birds.

Although Yala East National Park is the twin of Yala West (Yala Ruhuna National Park), access from one to the other is hindered by the River Kumbukkan Oya that flows separating these twin sanctuaries. Similar to popular Yala West in terrain, Yala East too is home to leopards and other mammals. The sanctuary supports a sizable elephant population, though herds are smaller than Yala West.

Kumana Bird Sanctuary, fed by a channel from the River Kumbukkan Oya is the focal point of Yala East National Park. About 20 km into the park is the Kumana Reservoir of which mangroves host a wide array of aquatic birds while many of them are seen nesting in May and June. Among the birds, the most visible are painted storks, herons, egrets, Indian darters and little cormorants. Black-necked stork, one of rarest birds of Sri Lanka could also been seen at the park.

A few kilometres inland from Okanda lies the Kudumbigala Forest Hermitage. Hundreds of caves there had given shelter to the Buddhist monks as far back as the first century BC.

About 15km inland from Arugam Bay, the main road passes through the scenic Lahugala National Park. The extensive Lahugala Reservoir is the centre piece, while the Lahugala Park draws a population of about 150 elephants during July and August, when the surrounding water bodies dry up. In the lush vegetation and the grass which grows in abundance, the herds of elephants find their feed. The reservoir also brings about the spectacle of aquatic birds enjoying the company of elephants.

Just East of Lahugala lies a cluster of ruins of the ancient Buddhist Temple called the ‘Magul Maha Viharaya’ built by King Dhatusena (515-526 AD). With the ruins of dagoba, vatadage, image house and well-persevered doormats called moonstones the location within the jungle has become a site of religious worship.