Mountains & Peaks in Sri Lanka. In the central and southern parts of Sri Lanka there are several Mountains and Peaks that are highly ecological and rich in bio diversity. These mountains are preserved as forests and are the starting points of many rivers. The Sri Pada mountain is Sri Lanka’s holy peak where people make pilgrims to worship foot print of lord Buddha.

The Hill Country is exceptionally beautiful, with crystal clear waterfalls and tea plantations dotted throughout. The temperature in this region stays cool all year round, in an atmosphere of early morning Spring. Everything is green and lush and the landscape is elevated with layers of grass knolls and jagged waterfalls with dense mountain forest clinging to the upper slopes. The days drift by in the hill country with not much to do but drink tea (in abundance) and absorb the serenity and breathtaking walks and views.

There are several little towns that are certainly worth a visit, such as Nuwara Eliya. There are also some majestic feats of nature to explore, namely Worlds End and Adams Peak. 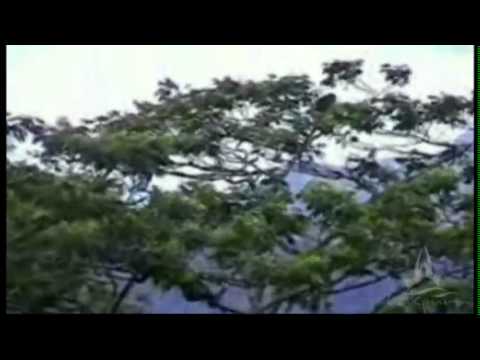 Worlds End is located in the Horton Plains, which is a rolling highland terrain of grassland interspersed with forest and unusual high-altitude vegetation. The plains reach over 2000 meters high with the mountains of Kirigalpotta and Totapola looming up from the edges of the plateau.The most tremendous feature of the strange silent world of the plains however is Worlds End, where the plains abruptly stop leaving you hovering over a straight drop of 880 meters.

The most famous physical feature of Ceylon is Adam’s Peak, which is situated in the Ratnapura district. It is on the edge of the central massif but its surrounding group of mountains called the Wilderness of the Peak, is so extensive in comparison to the bulk of the other mountain groups that it appears to form a nucleus of its own, separate from the others. It is about 7500 ft high and, though it is the second highest peak in the land, its position in relation to the topography is so dominant that it stands out above all others.

The physical features of a land are often spoken of first, by a foreign visitor. Physical descriptions compare it to a pearl and a teardrop. Lying at the southern point of India its pendant shape appears like a drop of water as it falls. South of it there is nothing but the Antarctic. It is on the major sea route between West and East Asia and therefore was a trading station for the Arabs and a trading station and a colony for the Portuguese, the Dutch and the British. The Arabian Nights has possibly the first reference to it.

Now the island of Serendib lieth under the equinoctial line, its night and day both numbering twelve hours. It measureth eighty leagues long by a breadth of thirty and its width is bounded by a lofty mountain and a deep valley. The mountain is conspicuous from a distance of three days and it contains many rubies and other minerals, and spice trees of all sorts. The Knuckles range, which lies in the Kandy and Matale Administrative Districts, was originally known as the Dumbara Kanduwetiya (misty mountain range). Its present name, given to it by British surveyors, is derived from the shape of its main massif, which resembles the knuckles on a fist.

Knuckels misty mountain range with rich bio-diversity rises 1863 meters above the Dumbara valley,starting point for many rivers in the island. The mountain range from north of Kandy District expands to Hunnasgiriya, Rangala, Madugoda, Elkaduwa, Matale, Nalanda, Wagomuwa and Dimbulagala Eco locations. There are 35 peaks rising to more than 3000 feet (915 m) in the nuckles range.

It is rich in medicinal plants, archaeology, history and folklore and contains animals left over from the Gondwanaland era, when many continents were joined together in one.

The area is home to several species of animals, many of them rare or endangered, such as the Sri Lankan Leopard and the Loris. Tennent’s Horned Lizard and the Marbled Cliff Frog are restricted to the region, which is also home to several other endemic species, including the Pygmy Tree Lizard, which belongs to a genus of which there are only two known species in the World. Fourteen of the 21 species of birds found here are endemic. Three of the nine fish species endemic to Sri Lanka, Phillips? Garra, Martenstyn’s Barb and Blotched-filamented Barb are only found here.

This mountain range has varying climatic regions in each part is a habitat for many species of birds and wildlife as well as an important water reserve. Some parts of the forest are in the dry zone while south parts are more of a rain forest. Much unexplored this misty and wet mountain range is a Adventure of a Life time.

Famous among local climbers hantana can be seen from Kandy dressed in mist. A great place to go when you are in Kandy. Sri Lanka’s highest peak, also known as Mount Pedro, rises 2524m (8281ft) above sea level, immediately behind the town. Unfortunately, the path to the summit, which is the site of Sri lanka’s main television transmitter, is closed to visitors for security reasons. For a view of the summit and a superb panorama of the surrounding hills and plantations, you can walk to the top of the picturesquely named single Tree Mountain, south of town off the Badulla road, in about 90 minutes. A beautifully paved footpath, several elevated platforms, ruins of an old hospital and remains of a terraced pond are what is unearthed at this 180 BC Buddhist monastery at the foothill of 600m high Ritigala Rock. Dating back to around 350 B.C is one of the oldest historical places mentioned in the ancient chronicles. (about 50km south east of Anuradhapura)

There are stunned trees festooned with hanging moss and many herbs. This anomaly is due to the fact that the Ritigala summit has a cool and wet micro-climate. Clouds and mist envelope the summit for a greater part of the year resulting high vapor condensation that keeps the earth moist.

When Buddhism became established on the island , Ritigala was selected as a suitable spot for the construction of Vihares, or temples. The first the Lanka Vihare, was founded near Ritigala at the foot of the mountain in the second century BC. The Aritta Vihare was founded a century afterwards. Later in the ninth century AD, King Sena made additions by constructing a larger complex higher up the slope for a group of ascetic-priests called the Pansukulikas.

These priests, who had broken away from their brethren in nearby Anuradhapura, were dedicated exclusively to the exercise of meditation and contemplation.

There are scores of natural caves on the slopes of the Ritigala mountain that were donated by laymen to the priests for the practice of meditation. Many are small, but some are quite large. Before presenting his gift, the donor had to drive away animals and snakes, fumigate, clean and plaster the interior with lime, wall in the entrance, hang a door, and cut a drip ledge in the rock above to divert rain water.

Thirteen kilometers from Anuradhapura is Mihintale, the site of introduction of Buddhism to Sri Lanka in the year 247 BC. The King of Sri Lanka having embraced Buddhism established the world’s first fauna and flora sanctuary at Mihintale in the 3rd century BC. Monasteries, an ancient hospital, dagobas, ponds, caves in which Buddhist monks lived are among the many places of interest that the visitor should see. Named as Bible Rock by Europeans this fascinating mountain is seen from Kadugannwa pass on the Kandy Colombo Road. Situated in Aranayaka ecologically important area in central hills. Situated in Badulla district rising above tea plantations Namukula is one of best mountains in Sri Lanka for an eco adventure. From above you could see the flat plane of eastern forests that include Udawalawe and Yala. Located in Monaragala District and 666 metres in height

1358Meters hight, Situated in Rakwana mountain range Gongala is a great place for an eco experince of Sinharaja. From west side you can see the Sinharaja Rain Forest Mountains and Canopy. The Nothern and Eastern side will show you Rakwana and Balangoda as well as Udawalawe forest in the distance. The Southside view if most spectacular ranging the views to Matara the sea town of south. The Drive to the mountain to is breathtaking.
Gongala – Rathnapura Sri Lanka.